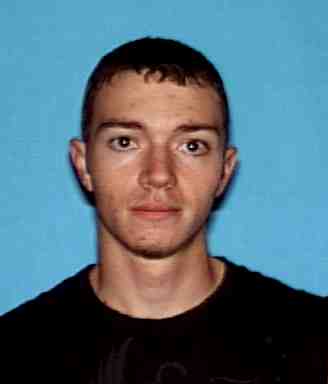 According to a press release from the Humboldt County Sheriff’s Office, dated July, 8, 2011:
On July, 8, 2011, approximately 11:00 p.m. Humboldt County Sheriff’s Deputies were dispatched to a residence in the 4400 block of Central Avenue in McKinleyville regarding an assault, which just occurred. When deputies arrived they met with the 51-year-old male victim. The victim told the officers three men attempted to enter his home and had attacked him. The victim told the deputies that the suspects had stabbed him several times. The victim identified one of the suspects as his nephew, Johnny Lee Moore, 21 years old from McKinleyville. Moore accused him of stealing items from another relative, which is why he attacked him. The victim had stab wounds to his neck and finger, and other cuts, bruises and abrasions to his body.  The victim was transported to a local hospital for treatment of his injuries where he was treated and released.

On July 10, 2011, approximately 1:00 p.m. Johnny Moore surrendered to a Humboldt County Sheriff’s Deputy in downtown Willow Creek. He was arrested for Attempted Murder, Mayhem and Conspiracy to Commit a Crime. His bail was set at $500,000.00. Investigators are still working on the identity of the remaining two suspects and their involvement in this crime. Anyone with information is requested to contact the Sheriff’s Office at 707-445-7251.

In a follow press release for this case, Deputies have been actively working on this investigation, and have been able to identify the remaining two suspects. They have been identified as:

A Be-On-The-Lookout has been broadcast to area wide law enforcement. Anyone with information regarding their whereabouts is requested to contact the Sheriff’s Office at 707-445-7251.

The photo below is of Chance Wood-no photo is available for Robert Warrington: