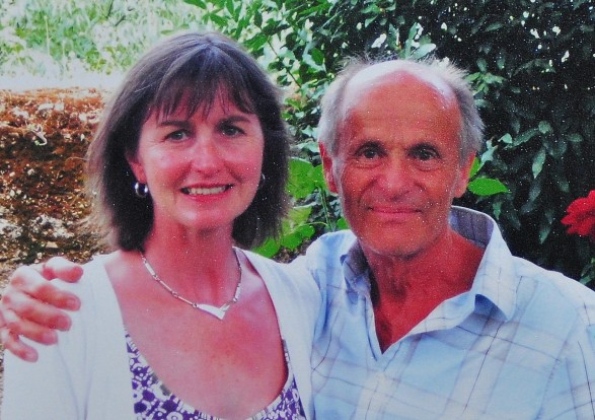 As previously posted, according to information from the Humboldt County Sheriff’s Office, dated Fri., Oct 21, 2011:

At around 2 pm, on Thursday October 20, 2011, a Humboldt County Sheriff’s Deputy found the body of a man in the Klamath River, in approximately five feet of water, at the base of the an embankment. At the time of the press release the identity of the deceased man had not been released pending notification of next of kin.

The photo below shows Richard Thorpe with his partner Patricia Burns.