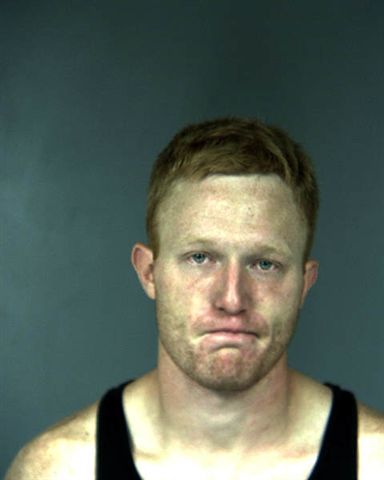 According to a press release from the Humboldt County Sheriff’s Office, dated Dec. 23, 2011:
On Dec. 23, 2011, approximately 4:15 p.m. a citizen called Eureka Police Department and alerted them that Benjamin Keath North, who was wanted by the law enforcement, was near at the 2400 block of Broadway, Eureka. Eureka Police responded and alerted the Sheriff’s Office who also responded.

North was located and arrested by deputies from the Sheriff’s Office. He was booked into the Humboldt County Correctional Facility on charges of burglary, use of a stolen credit card, possession of stolen property, possession of drug paraphernalia and unlawful possession of a syringe. His bail is set at $100,000.