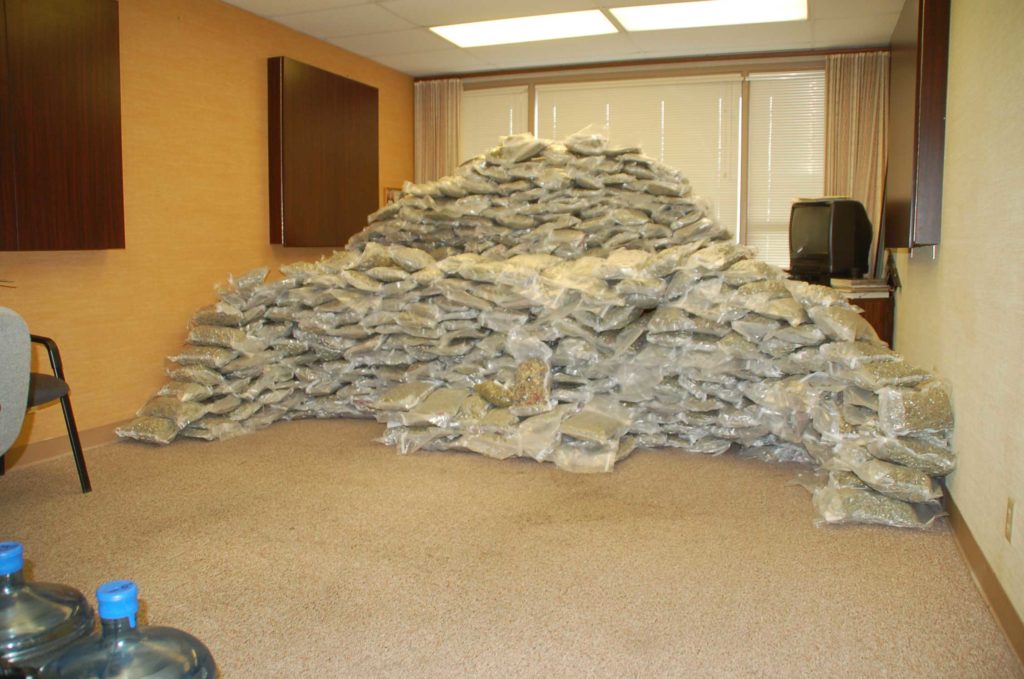 According to a news release from the Humboldt County Sheriff’s Office, dated June 13, 2011:
On June 9, 2011 at about 3 PM the Humboldt County Sheriff’s Office, Federal Bureau of Investigation, and the United States Marshal Service assisted the Federal Drug Enforcement Administration with a search warrant at a residence located in the 900 block of Rock Pit Road, Fieldbrook. The residence is located on a 20-acre parcel off Rock Pit Road. Through this investigation agents located and seized 495 pounds of processed marijuana in individual one-pound bags. Agents seized 298 growing marijuana plants from the property that ranged in size from about 1’ to 5’ in height. The estimated street value of the 495 pounds of processed marijuana is approximately 1.5 million dollars.

At the Fieldbrook residence agents arrested James Edward Shelton, age 38, and Amber Zo Jamieson, age 28, for cultivation and possession of marijuana for sales. Both subjects were transported to the Humboldt County jail where they were booked on the listed charges. Both subjects later posted bail. This case is still under investigation by the Federal Drug Enforcement Administration out of Santa Rosa. Federal charges are expected to be filed against both Shelton and Jamieson. DEA is still investigating other suspects that are associated with Shelton and Jamieson and future arrests are expected.