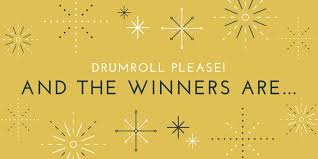 The winners of KMUD’s Virtual Talent Show are:

In first place, Mackenzie & Lelia Coleman, two sisters that performed their song titled “Our Bond”. They wrote the song due to being together everyday for the last five months.

In second place is Kaya Goff, an eight-year-old musician who started taking piano lessons from her grandmother in January.

And in third place is Joseph Angeles, a nineteen-year-old aspiring musician who would like to pursue music as a career in his future.

Also, we would like to give honorary mention to our fourth place winner, Zera Starchild, who performed a song to promote racial justice in Humboldt County, and show support for the Black Lives Matter movement. In addition, our fifth place winner, Finnegan Thurlo, is a self-taught guitarist and singer who enjoys psychology and sociology when he’s not playing guitar. A HUGE thank you to all nineteen contestants, every one of you is a shining star!!!!! Also, a BIG THANKS to All those who viewed, voted and supported KMUD’s Virtual Talent Show.