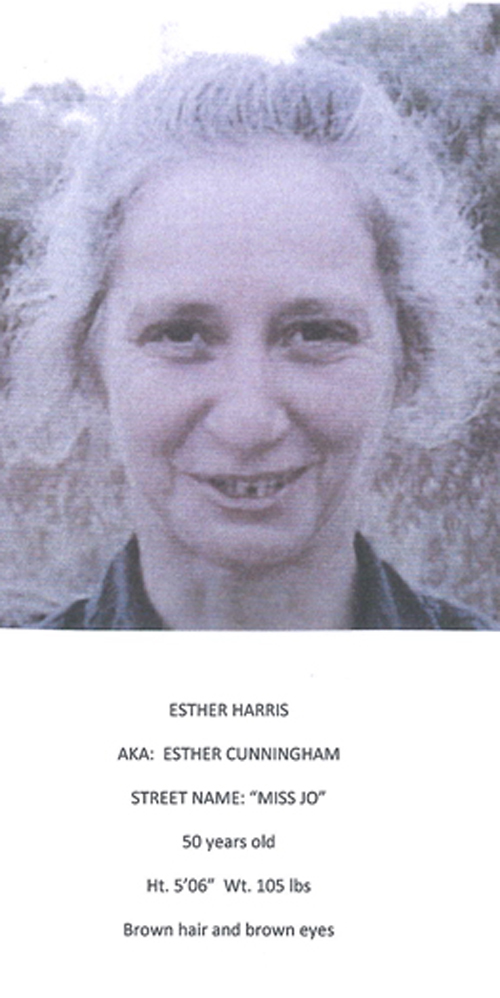 Update on this post
According to information received from the Eureka Police Department as of March 1, 2012:
Esther Harris (aka: Cunningham / Street name: Miss Jo) has not be located as of this date and we are still seeking information on her from the public.  Joe Byers was contacted but did not have information regarding her location.

According to a press release from the Eureka Police Department, dated Feb. 21, 2012:
The Eureka Police Department is asking for the public’s assistance in locating a 50 year old woman named Esther Harris. Esther was reported missing by her father in January. Esther has also used the last name of Cunningham and has a street name of "Miss Jo". Esther is about 5’06", 105 lbs with brown hair and brown eyes. Esther was last seen in the Arcata area in November of 2011 with a man named Joe Byers.