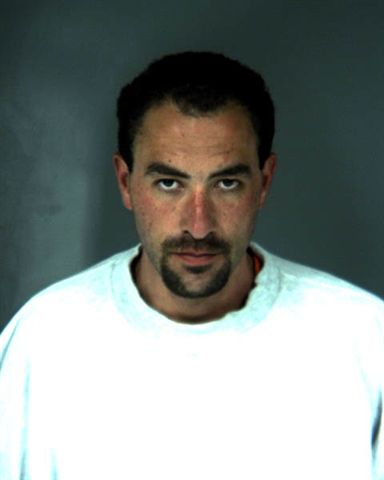 According to a presss release from the Humboldt County Sheriff’s Office, dated September 22, 2011:

On 09-22-2011 Humboldt County Sheriffs Detectives arrested Anthony Patrick Cotham, 31 years old of Eureka and Robert Joseph Mann, 35 years old, for several theft of copper wire cases and vehicle arson. The detectives were able to tie the two suspects to the following cases:
The first case, #201007820 occurred on November 25th, 2010. The suspects stole approximately $15,000.00 worth of copper wire from a business at the Fairhaven Business Park, 1900 Bendixsen Street, Samoa.  During that theft the suspects also cut a live 15000 volt wire which powered the entire business. The damage to the plant and power line was estimated to be over $250,000.00. The second case, # 201103759 the suspects entered a pump house at the Fairhaven Business Park on 03-19-2011 and using a torch to cut into a transformer and steal about $4000.00 worth of copper wire. The third case, Case Number # 201103020 occurred on 05-29-2011.  At 7:00 a.m., the Samoa–Peninsula Fire Department responded to a vehicle fire at the north end of the Fairhaven Business Park, off Vance Avenue, Fairhaven. Upon their arrival they located a Pacific Gas and Electric (P.G. & E.) Bucket Truck engulfed by fire. While fighting the fire, personnel also located another Pacific Gas and Electric (P.G.&E.) Ford F-150 pickup truck parked near by.  Fire personnel saw the pickup trucks interior had also been burned. Damage was estimated at $400,000. The last case number # 201104495 occurred on 08-14-2011. The suspects allegedly broke into the Three Corners Market, on Myrtle Avenue, Freshwater and attempted to steal the ATM Machine.
Both Cotham and Mann were already in jail on other theft and drug related charges when detectives arrested them on these new charges. Cotham was booked into the Humboldt County correctional facility on additional charges of two counts burglary, one count of attempted burglary, arson, vehicle theft and felony vandalism. Bail is set on the new cases at $310,000.00. Mann was booked into the Humboldt County Correctional Facility on new charges of burglary, grand theft, arson and vehicle theft. Bail was set on the new cases at  $225,000.00
Anyone with additional information regarding these cases is requested to contact  Humboldt County Sheriffs Detective  Cheryl Franco 707-445-7251.
Patrick Cotham