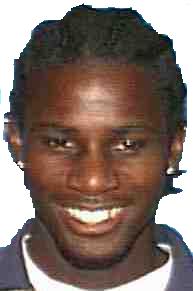 The scene was quickly secured, with the assistance of Deputies of the
Humboldt County Sheriff’s Department, and several subjects were detained and
interviewed. Eureka Police Detectives and forensic processing personnel
soon responded to the scene to investigate. Due to the large crime scene
and vast amount of interviews to be conducted, a mutual aid request was
made to the Humboldt County District Attorney’s Office and their
personnel assisted in the investigation.

Through the investigation it was determined that an argument took place
between the deceased and a male subject at a nearby apartment. The argument
became heated and shots were fired. The victim was struck while attempting
to flee the scene. The suspect and a female companion fled the scene.

The suspect was identified as Tellest Antwion Keyes (28 years old of
Eureka). The female companion was identified as Jessica Diane Montel (21
years old of Eureka). Currently Keyes is sought by Law Enforcement for
Murder and Montel is being sought for being a accessory after the fact.
Keyes and Montel are possibly in possession of two young children and may be
driving a Grey 1986 Lincoln Towncar, bearing California License Plate
2CSC794.

Anyone with information concerning Keyes or Montel’s whereabouts is urged to
contact the Eureka Police Department at 707-441-4044. The public is also
requested not to contact or attempt to detain Keyes or Montel. They are to
be considered armed and dangerous.

This is an ongoing investigation and further details will be released as
they become available.

Posted in Breaking News
← Roses, chocolate? A membership or donation would be just as sweet!Earthquake damage assessment →