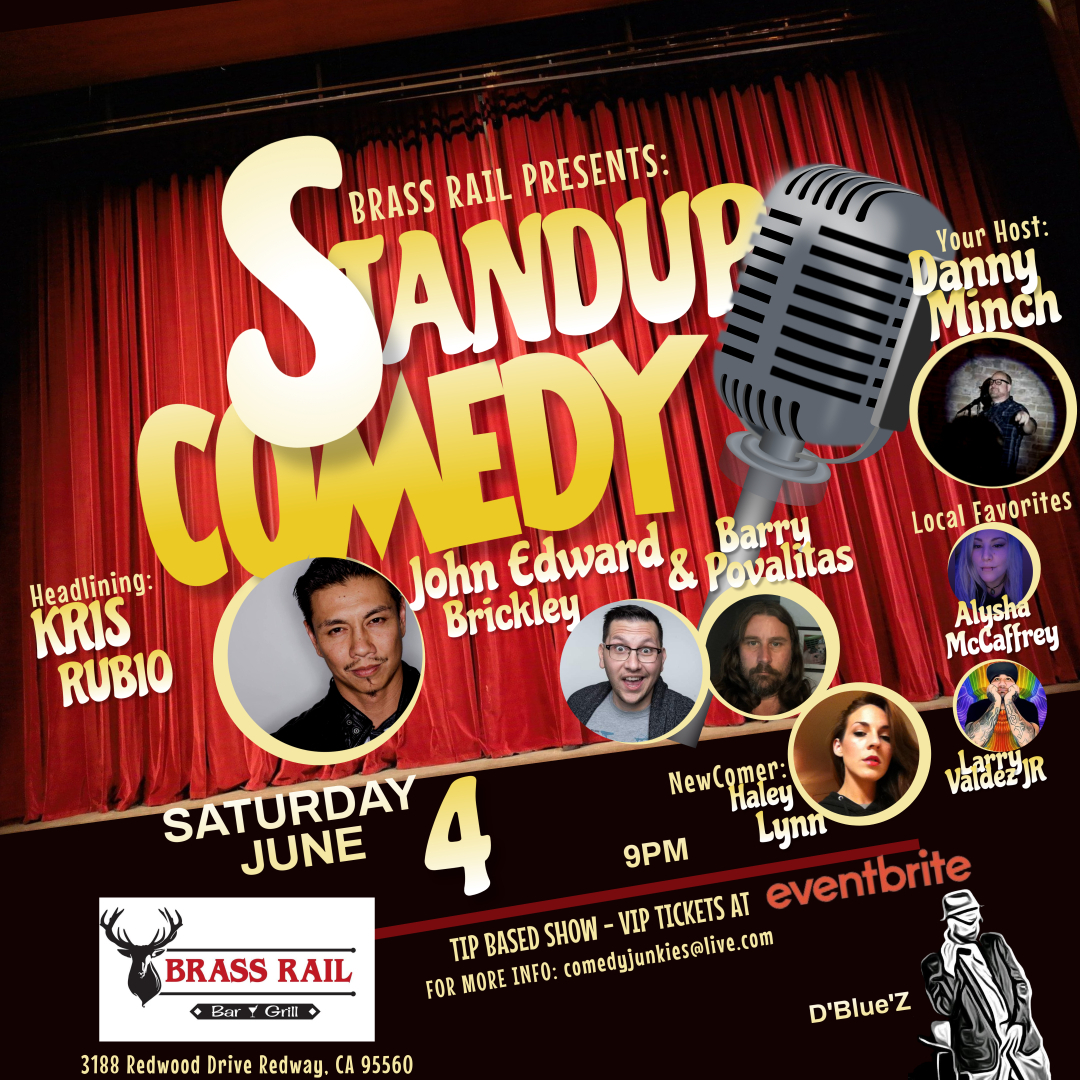 Every Few months we do a Standup night with Nationally touring comedians from Hulu, Laughs on Fox, BoB N TOm, AMericas Got Talent and more

LA-based comic Kris Rubio uses his musical comedy style to cast an ever-expanding net amongst the stand up community, constantly touring and creating viral content for the world to enjoy. Kris recently became one of the semi-finalist for NBC’s Diversity Showcase and has toured the country bringing laughter to the masses. Kris is also the host of the weekly podcast/livestream “In the Studio with Rubio” available on Spotify and Apple Podcast

hails from Minneapolis Minnesota and made his way to Los Angeles where he currently resides. You can currently see him performing all over California and the surrounding states. When on stage, you will hear his unique perspective on life, families, relationships, the constant struggle of being large man in a small world. He has a special coming out on YouTube in early 2022. When he’s not on stage, he’s most likely binge watching the latest Marvel show On Disney+! You have seen him at the House of Comedy, Comedy Store, Improv’s, Laugh Factory.

First time on stage and hailing from Willits Ca. Firecracker on and off stage.

with your host Danny Minch