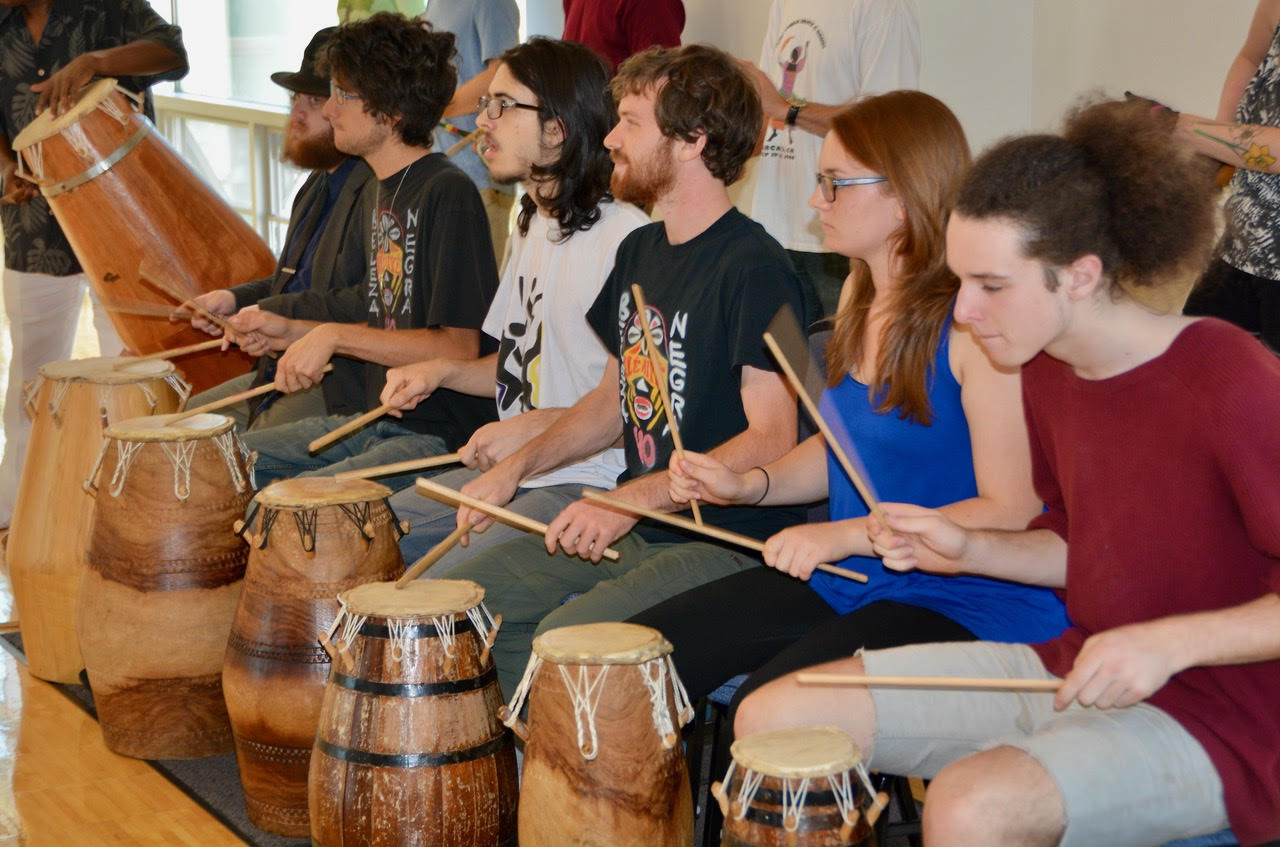 The Cal Poly Humboldt School of Dance, Music, and Theatre presents the Cal Poly Humboldt Percussion Ensemble and World Percussion Group in concert on Saturday, April 16th at 8:00 p.m. in Fulkerson Recital Hall. Directed by Eugene Novotney & Howard Kaufman, the hall will come alive with the sounds of contemporary music for percussion and the exciting African rhythms of the Ewe tradition of Ghana. Concert tickets are $10 General, $5 Child, and FREE for Cal Poly Humboldt students with ID and may be purchased at the door or in advance at centerarts.humboldt.edu. From the “All Events” drop down menu select “School of Dance, Music, and Theatre” and select your event. Proof of COVID vaccination and booster is still required for all guests on campus. At press time, the wearing of facemasks is not mandatory, but it is strongly encouraged. If attending the concert in person is not an option, a free Livestream can be viewed at https://youtu.be/2V7Dg8h83t8.

The Percussion Ensemble features the music of the award-winning contemporary composer Ivan Trevino. Born in 1983, Ivan Trevino is a Mexican American composer, percussionist, writer, and arts advocate. He has shared his music with audiences around the world, from Asia to South America to Madison Square Garden in New York City. As a composer and songwriter, Ivan’s music has been performed on five continents in over 25 countries. He has been the winner of the Percussive Arts Society’s International Composition Contest on multiple occasions, and has over 70 compositions and songs to his name. Most recently, he was the featured composer on American Public Media’s “Performance Today.” He is one of the most important composers for percussion to emerge in the 21st century, and many of his pieces are widely considered to be modern percussion masterworks.

“I am so excited to present the percussion works of Ivan Trevino to our Humboldt audience,” says Novotney. “All of Trevino’s compositions on this concert will be Cal Poly Humboldt premiers, and I predict that the audience will leave the show having heard sounds and textures that they never imagined possible. I was literally stunned when I first heard Trevino’s works, and I knew that we had to play his music and share it for all to experience.”

The Cal Poly Humboldt Percussion Ensemble features three of Trevino’s most important compositions on their program: “Make a Joyful Noise,” “Shared Space,” and “2+1.” All these pieces feature pitched percussion instruments at their core. “Make a Joyful Noise” employs a large percussion orchestra consisting of marimbas, vibraphones, xylophones, bells, grand piano, and a multiple percussion set-up. The ensemble textures are expertly crafted to create profound melodic and harmonic statements that are each rhythmically intense, and the overall sonic impact of the piece is engaging and profound. “Shared Space” features 12 percussionists sharing marimbas, vibraphones, and bells, and the soundscape created by the overtones of the layered melodies of the instruments are unbelievably captivating in their scope and resonance. “Shared Space” is one of the most beautiful works written for percussion ensemble to emerge in the 21st century, and is already considered to be a modern day classic. “2+1″ is a virtuosic duet for two marimba players playing one instrument facing each other from either side of the keyboard. This piece has become one of Trevino’s landmark compositions because of its ingenuity and its sheer beauty. On this concert, “2+1″ will be performed by graduating seniors Makani Bright and Travis Strong.

Also on the program is Christopher Rouse’s classic composition “Ku-Ka-Ilimoku.” In Hawaiian mythology, Ku is perhaps the most fundamental and important of the gods, occupying a place similar to that of Zeus in Greek mythology or Odin in Norse legend. Ku is manifested in several forms; as Ku-Ka-Ilimoku, Ku represents the god of war. Traditional Hawaiian percussive chants are used as the primary rhythmic material throughout, and the piece uses a wealth of subtle rhythmic inflection and variation to create a powerful and exhilarating work.

The concert ends with a performance of traditional West African drumming presented by the World Percussion Group, directed by Howie Kaufman. The WPG will be playing “Kinka,” an infectious Ghanaian, West African social music traditionally played by the Anlo-Ewe people of South-Eastern Ghana. “Kinka” inspires some great dancing and challenges listeners with its funky polyrhythms and cross patterns. Played on a full collection of traditional Ewe instruments, “Kinka” will be sure to get the audience moving in their seats and up on their feet.

Novotney’s enthusiasm for the work is infectious: “The students have been working extremely hard to prepare for this show, and I am so proud of their achievements. Their artistry will be on full display at this concert. We love playing in Fulkerson Hall for the Humboldt audience, and our groups will be giving you our very best!” 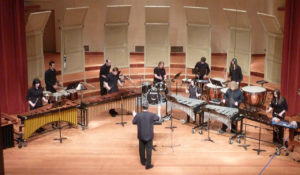