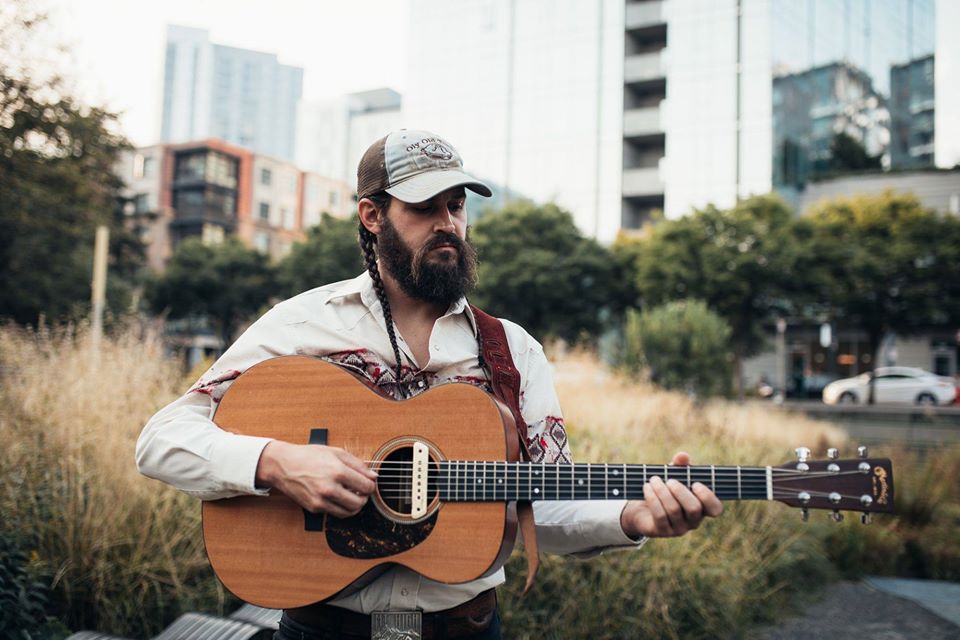 For the past three years, Olypmia-based folksinger Palmer T Lee has stopped in at the Sanctuary with the Lowest Pair, his duo collaboration with another great Northwest songwriter, Kendl Winter. This time around, he’ll be performing solo, sharing material from a new album of songs, “Winebringer.” A copy of the record was deposited in the Sanctuary’s collection last year, and it has proven to be a good friend to have during these cold months. Joining him on this tour will be Humbird, the songwriting outlet of Minneapolis-based Siri Undlin.

Palmer T. Lee is an Olympia by-way-of Minnesota artist, known for his work as a solo artist as well as one half of folk duo The Lowest Pair. His debut album “Winebringer,” is an intensive look at love and longing that follows the end of a relationship. Here he returns to writing with the guitar, and saves the banjo for only one track. The title was inspired by the writing of the Sufi poet Hafiz, and his collection of poems The Book of the Winebringer.

Humbird (Siri Undlin) is a Minneapolis based singer-songwriter, poet, and storyteller inspired by the crystalline chill of her home state’s northern winters. Undlin twines experimental folk, environmental Americana, and orchestral compositions to forge an explorative embodiment of the narrative folk song and balladry tradition. Released in September 2019, her debut full length album, Pharmakon, engineered by Brian Joseph (Bon Iver, Sufjan Stevens) and produced by Shane Leonard (Field Report), has been received with remarkable critical acclaim and has amassed nearly 1.5 million streams since its release. Folk Alley listed “Pharmakon” as one of their favorite songs of 2019 and at the end of week one, the album ranked #19 on the top NACC charts and by week two was at #1 on the Folk charts – one of only two self-released albums to chart.