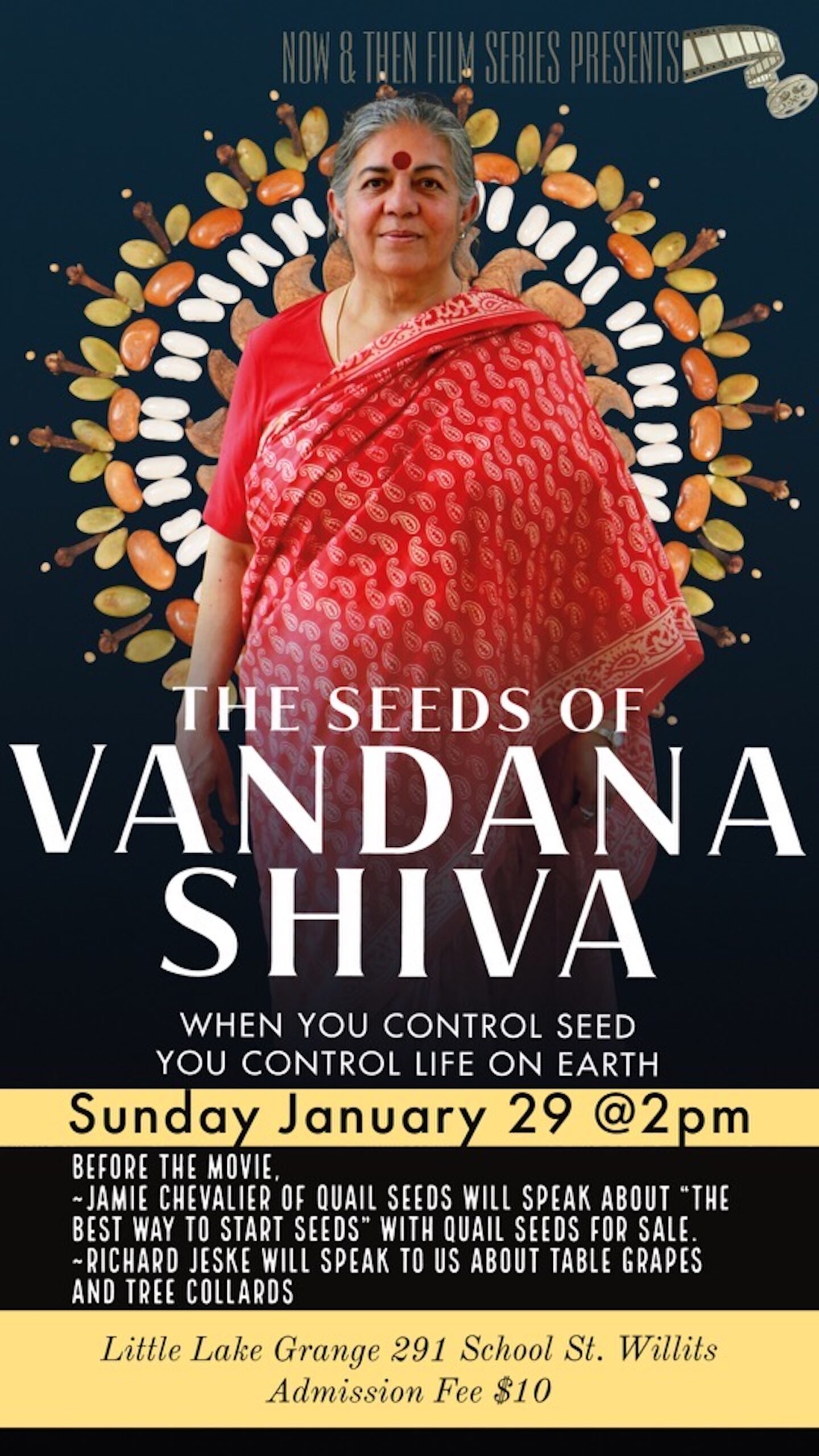 the Now and Then Film Series presents:

THE SEEDS OF VANDANA SHIVA

How did the willful daughter of a Himalayan forest conservator become Monsanto’s worst nightmare?
The Seeds of Vandana Shiva tells the remarkable life story of Gandhian eco-activist Dr. Vandana Shiva,
how she stood up to the corporate Goliaths of industrial agriculture, rose to prominence in the seed saving and organic food movements,
and is inspiring an international crusade for change.

Who is she? What is her mission? How did this woman from an obscure town in India become a rebellious rock star in the global debate about who feeds the world?
Among those engaged with organic food and farming, climate change, biodiversity, seed sovereignty, globalization, and social justice,
Vandana Shiva is an icon of a global movement.

The Seeds of Vandana Shiva focuses on the people, circumstances and seminal events in Vandana’s life—what shaped her thinking and defined her purpose.

It also shows how the battle against multinational agribusiness has become an international struggle between two visions for feeding the world:

The first, a multinational corporate model of chemically dependent monoculture that rewards a capitalist imperative of extraction for profit.

And the other, ‘Earth Democracy, that honors ecology, biodiversity, sustainability and community—what Dr. Shiva demonstrates is the only way forward for the future of food.

Richard Jeske will speak to us about tree collards and grape growing – perennial foods for a dry season.  Starts for sale.