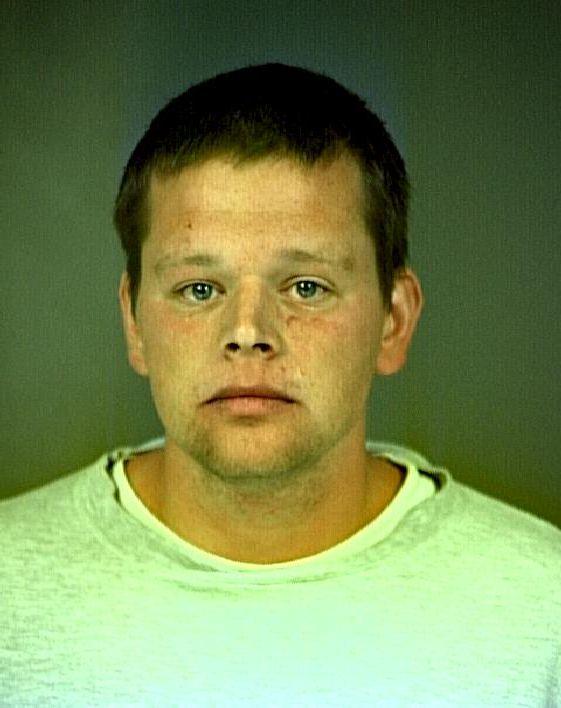 According to a release from the Eureka Police Department, dated 2/27/2011:
On 2-26-2011 at about 9:31 PM, Officers of the Eureka Police Department were dispatched to the 1100 block of 5th Street for a felony sexual assault that had just occurred. Upon arrival, witnesses explained to the officers that the suspect had fled eastbound on 5th Street and that he was unclothed. While statements were being obtained from the victim and witnesses, other officers checked the area for the suspect.  The suspect was soon located about a block from the original crime scene. A brief foot pursuit took place and the suspect was quickly subdued.  The victim positively identified the suspect as her assailant and he was then taken into custody.  The suspect was soon transported to St Joseph Hospital for treatment of minor cuts and abrasions.  After treatment and processing for evidence, he was transported to the Humboldt County Correctional Facility for booking. The suspect was identified as Robbie Benjamin Burke (25 years old of Arcata). Burke was booked on charges of rape, penetration with a foreign object, burglary, and resisting arrest. He is being held on $150,000 bail.

This is an ongoing investigation and further details will be released as they become available. Anyone with information regarding this incident is urged to contact Det. Sgt. O’Neill at 707-268-5261.