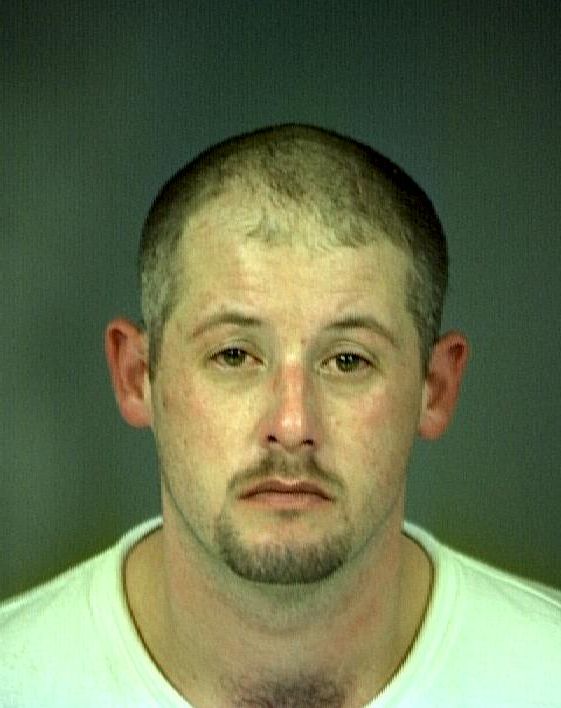 According to a press release from the Fortuna Police Department, posted Dec. 10, 2011:
On December 10, 2011 at about 12:30pm, officers with the Fortuna Police Department responded to the 3000 block of Church Street (City of Fortuna) to conduct a probation search on one of the residents. Upon arrival, officers observed 29 year old – Franklin “Tyler” Whilden fleeing from the rear of the residence. Although Whilden was not a resident and not the target of the probation search, officers had knowledge that he was currently wanted. Officers pursued Whilden on foot as he fled through several yards of the residential area. Officers then lost sight of Whilden, and after an extensive search, they were unable to locate him. “Whilden has an extensive criminal history and is currently on several counts of probation in addition to the several warrants,” said Sgt. Charles Ellebrecht, “He needs to be removed from our streets”.
Whilden’s history includes several charges including: Vehicle Theft, Drug Possession, Vandalism, Grand Theft, and Evading Law Enforcement. Whilden is still wanted, and anyone with information on his location is encouraged to contact the Fortuna Police Department’s Crime Hotline at 1-800-78-CRIME. Callers may be eligible for a reward of up to $1,000.00 for information leading to his arrest and conviction.
Franklin “Tyler” Whilden: