On Wednesday, April 29, 2009 Eureka Police Officers served search warrants at six locations for persons suspected of causing a rash of graffiti  throughout the greater Eureka area.

Seven juveniles were contacted at the locations and all seven took responsibility for a particular style of graffiti.  They were identified as being responsible for over 250 sites in the Eureka and Arcata areas.

This is an ongoing investigation and reports will be forwarded to Juvenile Authorities for prosecution for malicious mischief.

None of  the juveniles contacted had any gang affiliation nor was any of the graffiti done identifiable to any particular gang.

Attached are examples of the graffiti that was done. 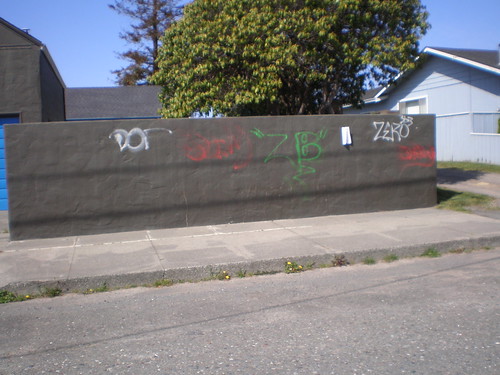 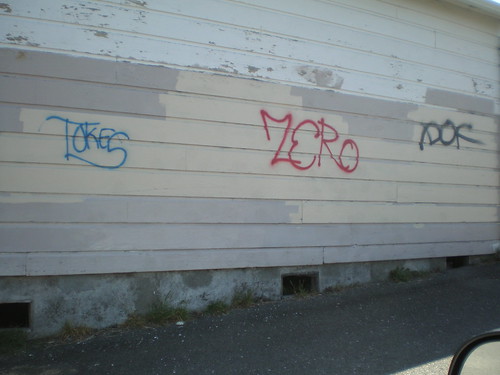 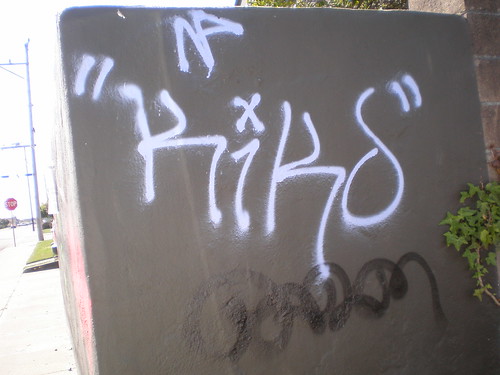