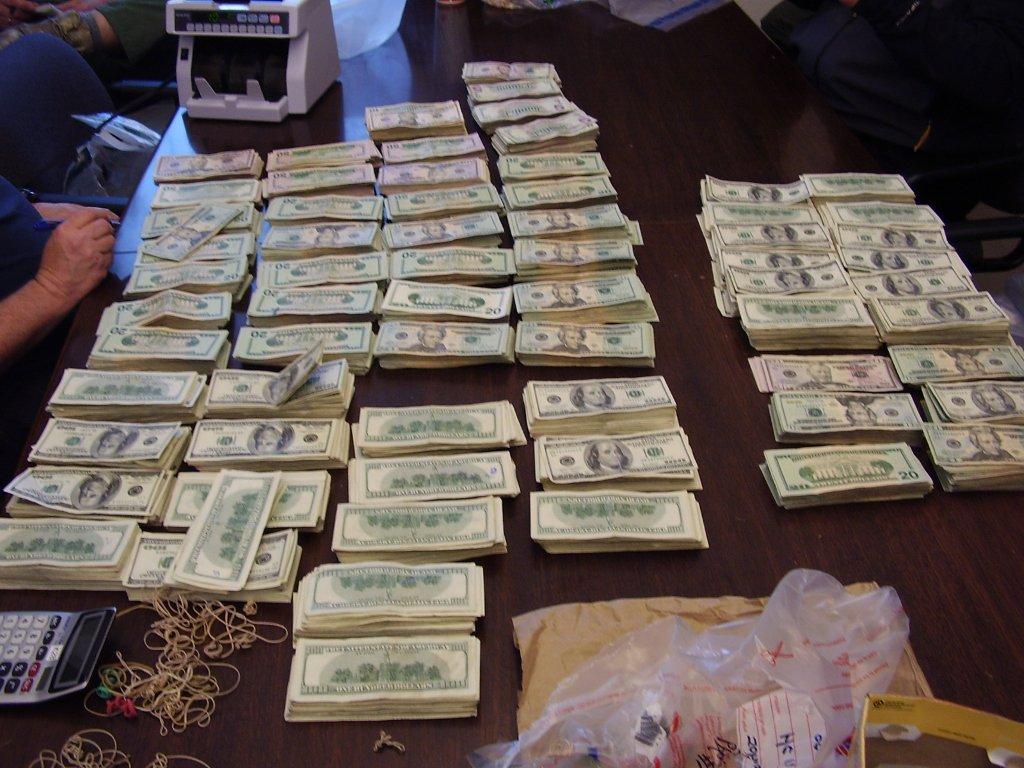 Update for this incident:
According to a press release from the Humboldt Co. Sheriff’s Office, dated March 1, 2012:
On Feb. 29, 2012, Humboldt County Drug Task Force Agents froze the suspect’s bank accounts. On March 1, 2012 agents served asset seizure warrants on those four accounts. An additional $134,000.00 was seized and turned over the agents from one of those bank accounts. Agents are still awaiting information from the remaining three banks as to any other monetary seizures.

When the officers arrived at the 5100 block residence, they met with John Eaton Cromwell, 46 years old, and Elisabeth Nergaard Olsen, 42 years old along with their four small children. During a search of their residence, they located approximately $387,000 in cash and $10,000.00 in money orders. Cromwell and Olson are the owners of the second parcel located in the 4500 block of Greenwood Heights Road, Eureka. Officers serving the search warrant located a sophisticated marijuana growing operation that was powered by Pacific Gas and Electrical Power. The marijuana grow contained 3,881 marijuana plants ranging from four inches to four feet in height, growing under 20 one-thousand watt grow lights.  Officers also located 110 one-pound bags of marijuana bud with an estimated value of $220,000, and approximately $33,000 cash. They located another male, Charles Bruzza, 34 years old from Portland, Oregon that was living at that address.

Cash from the incident above being counted: