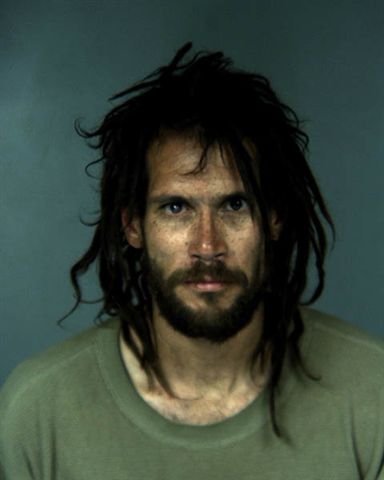 On 11-27-2011, approximately 10:00 a.m., the Humboldt County Sheriff’s Office was notified of a burglary that occurred at the Sheriffs Office Animal Shelter. Kennel staff learned two dogs that had been dropped off by Arcata Police

Department on 11-26-2011 at approximately 9:20 p.m. were missing from the shelter. Shelter staff reviewed surveillance video at the shelter and saw two suspects exit a white four door sedan at approximately 3:30 a.m. A suspect then scaled the wall into the shelter and removed two dogs. A deputy was dispatched to the scene to investigate the burglary.
The Sheriffs office is looking for Chad Leroy Macias, 34 years old a transient who frequents the Arcata Area. He is further described as a white male, 5-10, 160 lbs, Brown hair and Brown eyes.