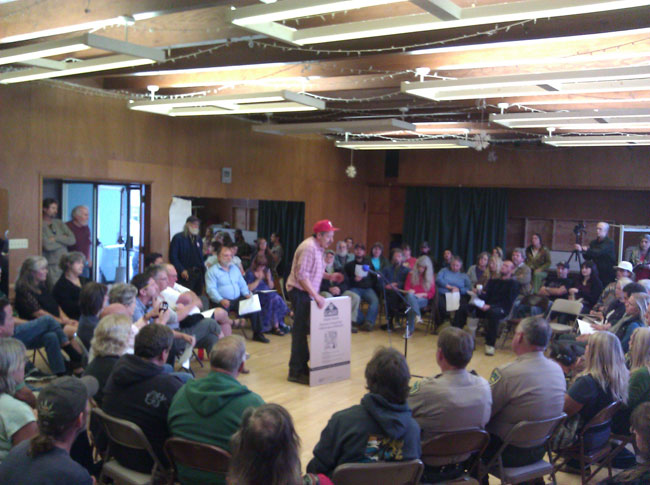 The latest in a series of meetings in Garberville focusing on the problems and issues surrounding houseless people in Southern Humboldt took place on Friday, Oct. 21 at 6 PM  at the Vet’s Hall in Garberville.  Attendance at the meeting was diverse and was estimated at about 100 people which included Humboldt Sheriff Mike Downey accompanied by a Deputy Sheriff.  The meeting was facilitated by local Attorney Eric Kirk, and co-facilitated by Paul Encimer.  Audio from the previous meeting (Oct 7) can be played and downloaded here.