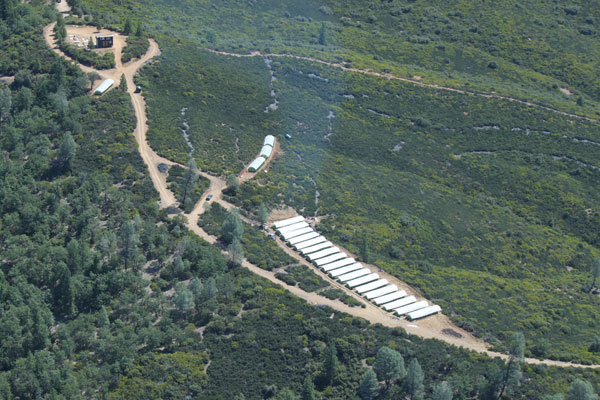 According to information received by KMUD News from the Trinity County Sheriff’s Office:
On August 5, 2011 around 10 AM the Trinity County Narcotics Task Force served a search warrant on William Barsanti’s property in the Barker Valley area of Hayfork and subsequently arrested three people after reportedly seizing more than 2,000 marijuana plants from 22 greenhouses.  According to the Trinity County Sheriff’s office, Paige MacDonald of Eureka, Paul Jagger from Big Bar, and Donald Battaglieri from Hayfork were all arrested at the scene.  Police say they are also seeking charges against William Barsanti of Eureka, who reportedly owns the property where the marijuana was found. According to police Barsanti was not at the location at the time of the search.  Police contend the growing marijuana plants would have produced 4,000 pounds of processed bud with an estimated street value of 10 million dollars.