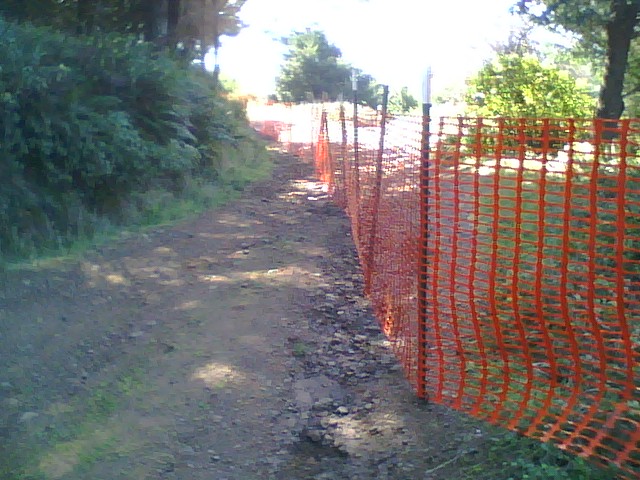 According to a press release from California State Parks:
A large section of road recently failed between the Needle Rock Visitor Center and Bear Harbor in the Sinkyone Wilderness State Park, making it impassible to vehicles.  State Park officials are looking at possible ways to re-route the road, but Park Superintendent Michelle Gardner says it will remain closed to vehicles "indefinitely," and likely for at least the next two years.  The three-mile route from the visitor center to Bear Harbor and Orchard Camp is 3 miles and can only be traveled by foot or bicycle.  Gardner asks that any cyclists carry their bikes while traveling on or near the section of road that has failed.

The photos below are courtesy of California State Parks: