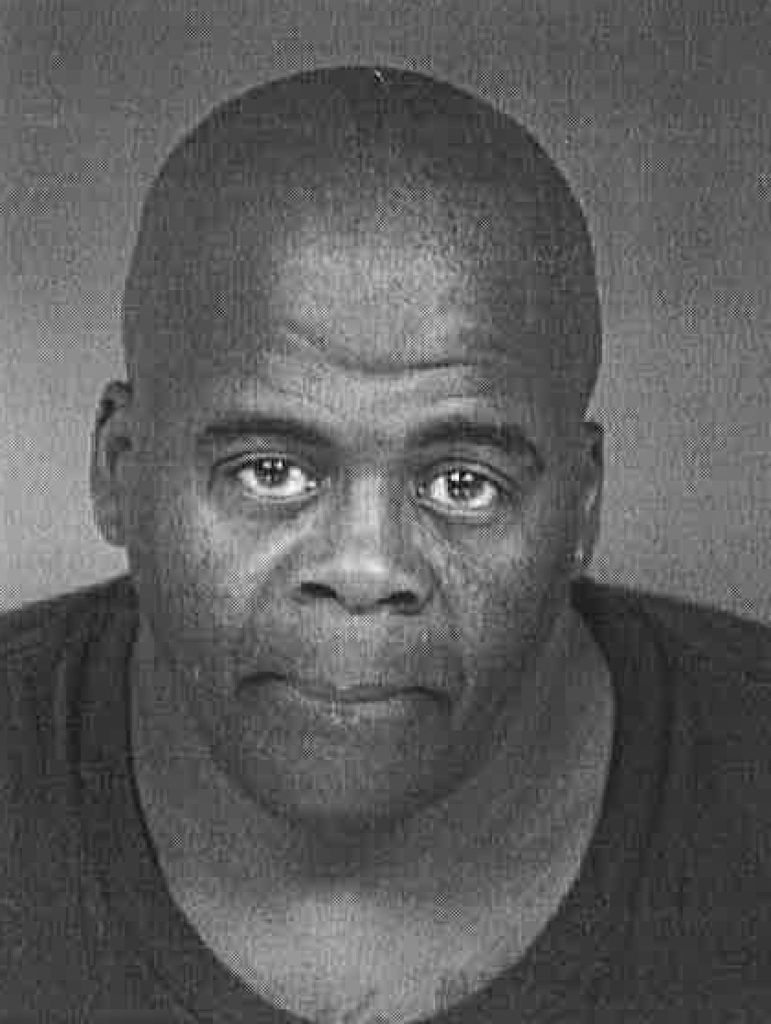 According to a press release from the Humboldt County Sheriff’s Office, dated June 2, 2011:

On June 1, 2011 at about 1550 hours, the Sheriff’s Office responded to a reported stabbing at a residence in the 1700 block of Myrtle Avenue, Eureka.  On arrival the 56 year-old male victim reported he was stabbed in the arm during an altercation inside the residence. The victim identified the suspect as Darryl Simons, age 52 of Eureka.  Simons is described as a black male adult, 5’8, 200, brown eyes, black hair.  Simons left in a tan sedan (no further description), in an unknown direction of travel.  Simons current whereabouts are unknown.  The victim was transported to a local hospital with non-life threatening injuries.
The investigation is on-going. Anyone with information is asked to call the Humboldt County Sheriff’s Office at 707-445-7251.

The photo below shows the identified suspect, Darryl Simons: