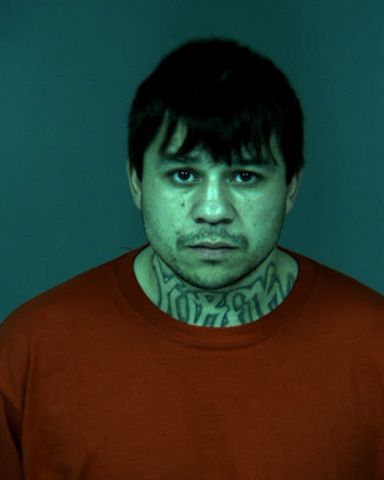 According to a press release from the Humboldt County Sheriff’s Office, dated Jan. 25, 2012:
On Jan. 25, 2012,  at approximately 5:15 a.m. the Humboldt County Sheriff’s Office was notified of an alarm at the Blue Lake Museum, 330 Railroad Avenue, Blue Lake. Deputies were immediately dispatched to the scene. While the deputies were enroute, a citizen called the Sheriff’s Office after hearing the alarm and told the dispatcher they could see someone was inside the museum. Prior to the deputies’ arrival the citizen saw the suspect flee on foot towards Hatchery road. The citizen described the suspect as being dressed all in black. When the deputies arrived on scene they saw the front door to the museum had been forced in and was damaged.  The deputies searched the area for the suspect(s) with no success.  With the assistance of museum staff, deputies were able to determine eleven antique female Native American Basket Hats were stolen. These hats range in estimated value from $1,200 to $3,500 dollars each. The glass case in which the hats were stored in was also smashed.

After the theft occurred from the museum, staff and deputies immediately began notifying pawn shops, and various organizations about the stolen property and its description. At approximately 11:45 a.m., Eureka Police were notified by Heritage Antiques in Eureka that someone was at the business attempting to sell Native American Hats which matched the description of the stolen hats. Eureka Police responded and detained two subjects until the Sheriff’s Office could arrive on scene. The investigating deputy interviewed the two detained men and determined that one of the men, Carter Daniels, 30 years old of Eureka was in possession of the stolen Native American Hats. Daniels was arrested for possession of stolen property.  He was booked into the Humboldt County Correctional Facility; his bail is set at $25,000.00. The officers recovered seven of the eleven missing hats. The hats are estimated to be over 100 years old and were made by the Yurok and Hoopa Tribes.