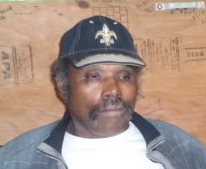 According to a press release from the Eureka Police Department, dated 10/10/11:
On October 7, 2011 at about 12:58 pm, officers of the Eureka Police Department responded to a suspicious circumstance/vehicle call near the 3300 block of Glen Street in Eureka. Upon arrival, Officers were advised by the reporting party that the vehicle belonged to a friend that had not been heard from for a several days. Detectives were then called to the scene. Upon inspection of the vehicle, the interior was found to be cluttered with clothing items, which made visibility into the interior difficult. Entry was soon made into the vehicle and the registered owner was found deceased within. The body showed signs of trauma and was released to the Humboldt County Coroner’s Office. The vehicle was secured as evidence by the Eureka Police Department. The deceased was identified as Reginald Alan Clark (53 years old of Eureka).
Over the next several hours, Detectives canvassed the area and conducted numerous interviews. Search warrants were also authored and served.  On Oct. 8, Detectives received information leading them to believe that two subjects, who were in custody in Yuba County Jail, may be connected with the death of Clark.  The subjects were identified as David Joseph Pedersen (age 31) and Holly Ann Grigsby (age 24), both of Everett, Washington. Pedersen and Grigsby had been arrested together on October 5, 2011 by Yuba/Sutter area California Highway Patrol officers. Pedersen and Grigsby are suspects in an Everett, Washington murder investigation and are also suspects in the death of a Lafayette, Oregon teen. Eureka Police Department Detectives drove to Yuba County Jail and interviewed Pedersen and Grigsby.
On Oct. 9, 2011, an autopsy was conducted on Clark at the Humboldt County Coroner’s Office. The cause of death was determined to be a gunshot wound to the head. Based on the investigation, the evidence obtained, and the results of the autopsy, the Eureka Police Department will be forwarding a report to the Humboldt County District Attorney’s Office requesting warrants be issued for Pedersen and Grigsby for Murder. The Eureka Police Department is working in conjunction with the Oregon State Police, the Everett Washington Police Department, and the Yuba County Sheriff’s Department in this investigation.
Anyone with information concerning this investigation is urged to contact Detective Sergeant Patrick O’Neill of the Eureka Police Department’s Criminal Investigations Section at 707-268-5261.
For Information regarding the Washington investigation contact:
Sergeant Robert Goetz
Everett, Washington Police Department
Public Information Officer
Office: (425) 257-8404
[email protected]
For Information regarding the Oregon investigation contact:
Lieutenant Gregg Hastings
Oregon State Police
Public Information Officer
Office: (503) 731-3020 ext. 247
Pager: (503) 323-3195
[email protected]
The photo below is a recent photograph of the deceased, Reginald Alan Clark (53 years old of Eureka):