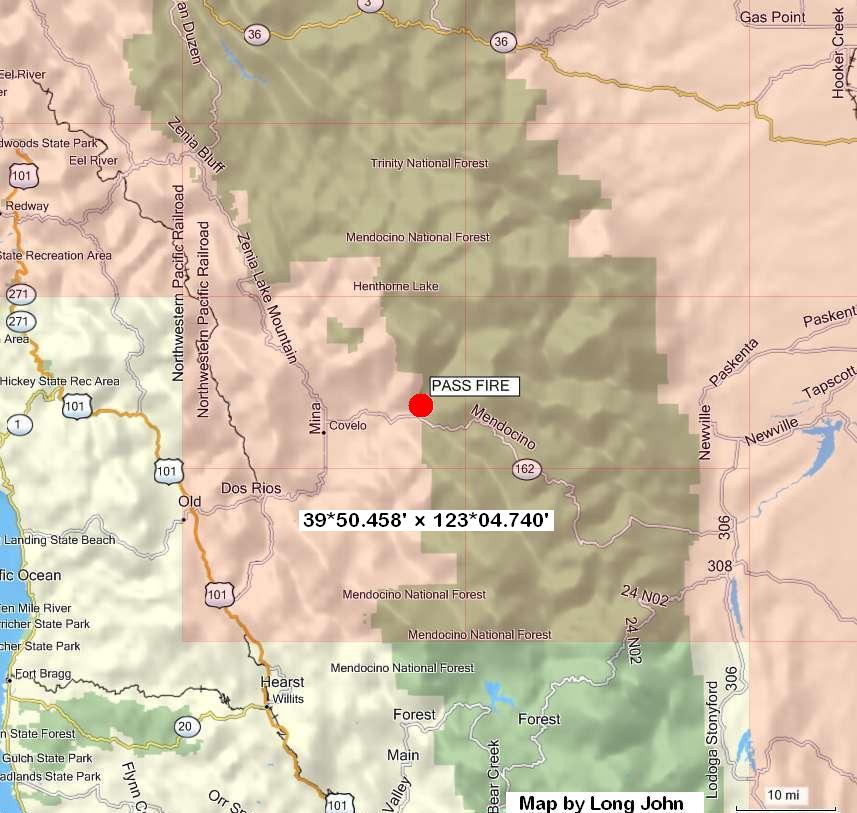 An Incident Update, from Cal Fire, on the Pass Incident, dated Thursday, August 4, 2011, 8:00 a.m. indicates the following (also, see below for original report and maps of fire location):

Acres Burned:800 acres; 35% contained- full containment expected August 6th. The cause of the fire is still under investigation and at this point no structures have been destroyed and, to date, there have been no evacuations.

See maps below (compliments of Long John) for fire locations:

According to CalFire’s Julie Cooley, there is a fire burning near Hams pass road in the Hulls Mountain Area, Northeast of Covelo.  Known as the Pass Incident, this fire started at 12:03 PM on Wed., August 3.  It is currently burning at roughly 600 acres, and growing. So far, CalFire has committed twenty-six fire engines, twelve hand-crews, six bulldozers, three air-tankers, two air attack vehicles and two helicopters.  The United States Forest Service has also committed two engines and two hand-crews from the Mendocino National Forest.

Another fire was reported along Highway 253, but sources at CalFire are reporting that it has already been put out and was contained at less than one acre.