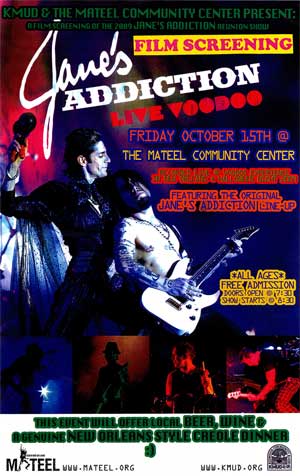 Filmed live on Halloween night 2009 at Voodoo Experience in New Orleans, Live Voodoo sees the reunion of the classic Jane’s Addiction line-up of Perry Farrell (vocals), Stephen Perkins (drums), Eric Avery (bass) and Dave Navarro (guitar). This spectacular show captures the band on top form with Perry Farrell at his most mesmerizing and the rest of the band clearly enjoying the occasion. The track listing is predominantly drawn from their first two albums, which both featured this line-up, and the band are joined on stage by twin girl dancers, while the show climaxes with a joyous all singing and dancing stage invasion.