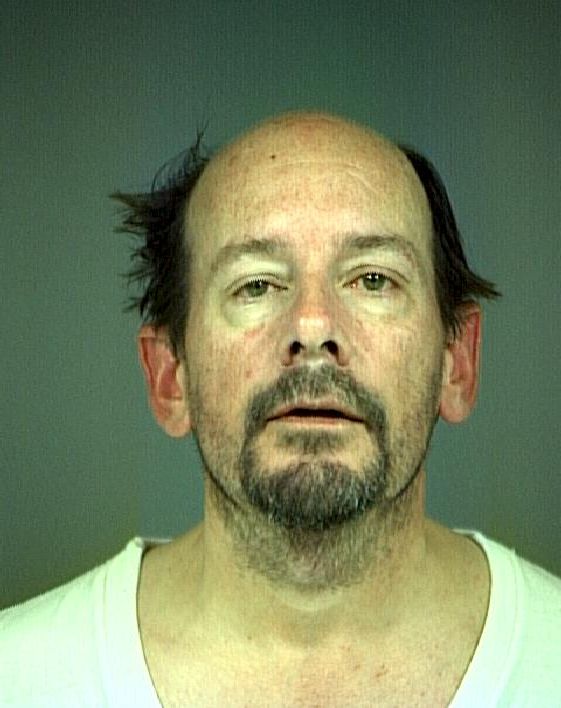 According to a press release from the Eureka Police Department:
On Nov. 21, 2011 at about 11:00 pm, officers of the Eureka Police Department responded to a reported hazardous condition at the “Occupy Eureka” encampment near the steps of the Humboldt County Courthouse.  While officers were investigating the incident, an aggressive intoxicated subject approached and confronted the officers. The subject, who was identified as Roger Alan Parshall (56 years old of Eureka) was soon taken into custody for suspicion of public intoxication and obstructing an officer. He was booked into the Humboldt County Correctional Facility.  Several subjects were located sleeping in sleeping bags in a section of the illegal structure. These subjects were advised of the violation.
Then on Nov. 22, 2011 at about 7:30 am, officers responded to a verbal argument at the “Occupy Eureka” encampment.  Upon arrival, officers were told that a member of the “Occupy Eureka” group, was involved in a verbal altercation with two subjects awaiting the opening of the Courthouse. During the altercation, the “Occupy Eureka” member, identified as Heather Nicole McBride (19 years old of Eureka) allegedly threatened to assault the subjects. As a result of the investigation, McBride was taken into custody without incident for disturbing the peace.
Later in the day at about 4 p.m., at the request of the Humboldt County Board of Supervisors, Humboldt County Chief Administrator’s Office, Humboldt County Council, and the Humboldt County Sheriff’s Office, officers of the Eureka Police Department responded to the “Occupy Eureka” encampment to enforce the penal code violations regarding the illegal lodging.  Deputies of the Humboldt County Sheriff’s Department and Officers of the California Highway Patrol assisted in this enforcement action. Upon officer’s arrival, several subjects were detained and identified concerning their illegal activity. The subjects were allowed to gather all personal property, that was not deemed camping equipment, and were escorted off the property temporarily, until the illegal structures could be dismantled.  Once all subjects had been escorted away, the structure, constructed of concrete, wooden pallets, pipes, and tarps was dismantled and eventually hauled away. All supplies used solely for the purpose of exercising their right to freedom of speech were left at the scene for the group members to reclaim.
As officers were finishing the clean-up of the area, a subject stepped out into oncoming eastbound 5th Street traffic with a large banner. He stopped directly in front of an oncoming vehicle.  He was immediately taken into custody without incident for obstructing the street. The subject was identified as Hans Karl Ashbaucher (44 years old of Eureka).  He was booked into the Humboldt County Correctional Facility. This is Ashbaucher’s third arrest at this location in connection with the “Occupy Eureka” movement. A complaint regarding this incident will be forwarded to the District Attorney’s office.
In conjunction with the incident, News Coordinator, Terri Klemetson, interviewed a protester, a representative from the District Attorney’s Office and Eureka Police Chief Murl Harpham – hear more on tonight’s news at 6 p.m.
Roger Alan Parshall:                               Heather Nicole McBride:                Hans Karl Ashbaucher