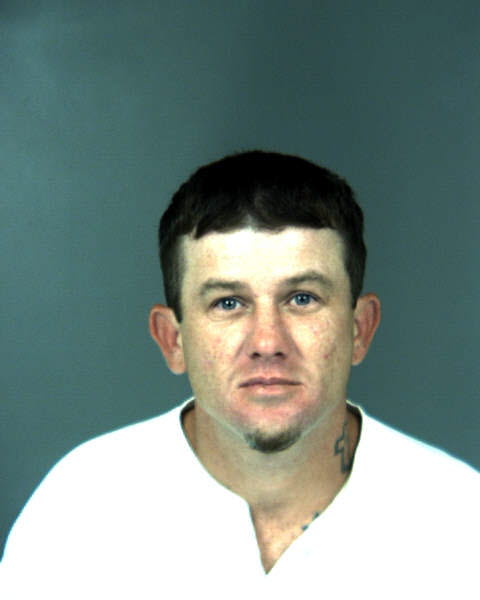 According to a press release from the Eureka Police Department:
On Feb. 2, 2012, at about 3:53 pm, the Coast Central Credit Union at the Bayshore Mall was robbed.  The suspect approached the teller with a note advising the teller he was armed however no weapon was seen or brandished.  The credit union teller complied with his demands and the suspect escaped with an undisclosed amount of cash.  The Eureka Police Department’s Criminal Investigative Services has developed probable cause showing 37 year old William Joseph Farrell as the suspect. A warrant has been issued for his arrest.  Anyone who knows Farrell’s whereabouts, should contact law enforcement with that information. Any close friends or relatives of Farrell should counsel Farrell to surrender on the warrant.

William Joseph Farrell is shown in the photo below on the right. The photo to the left is from the Credit Union surveillance camera taken at the time of the robbery.