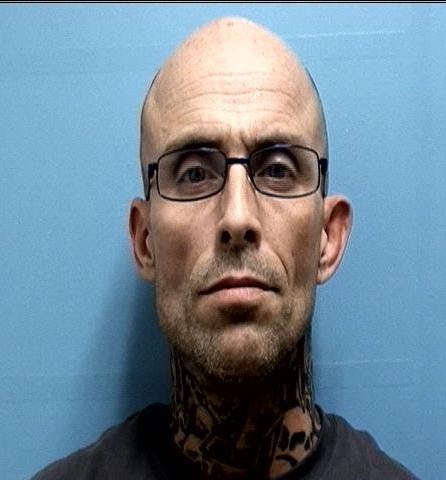 According to a press release from the Trinity County Sheriff’s Office:

On Jan.20, 2012, at approximately 10:20 pm a CHP officer on patrol stopped a UHaul van driven by Randall D. Segebartt, Jr. for having the rear license plate obstructed and not illuminated. The CHP officer noticed the odor of marijuana emanating from the interior of the vehicle, when he contacted Segebartt, the sole occupant. Having probable cause, the CHP officer searched the U-Haul and found a loaded handgun and a small amount of marijuana in the cab area and several storage containers in the cargo area. The storage containers were full of packaged processed marijuana. A CHP officer assigned to the Trinity Narcotics Task Force was requested and responded to the scene, assuming the investigation. Segebartt was initially arrested for transportation of and possession of marijuana for sales and carrying a loaded, concealed, hand gun in a vehicle. When the marijuana was processed as evidence 4 bags (totaling 1 pound) of psilocybin mushrooms were located within the bags of marijuana. The total weight of the marijuana was approximately 44 pounds. Segebartt is a convicted felon and prohibited from possessing firearms. Segebartt’s bail was set at $60,000.00. He bailed out on 01/22/2012.

The photo to the right shows arrested suspect, Randall D. Segebartt, Jr. and the photos below show the marijuana and psilocybin mushrooms held as evidence in the case.