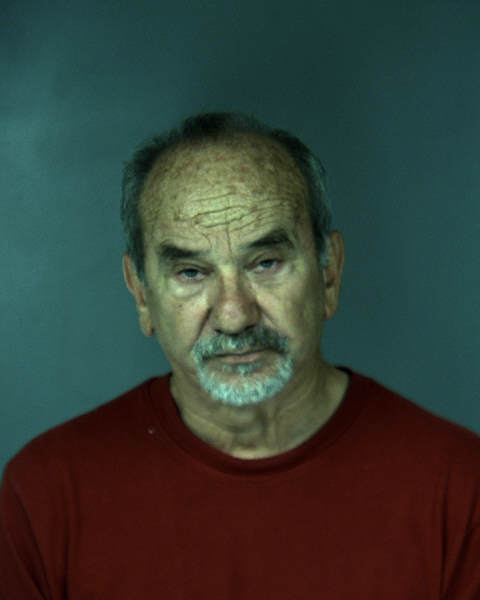 According to a News Release from the Humboldt County Sheriff’s Office, dated Thurs., Oct., 20, 2011:

On Wednesday October 19, 2011 at about 8:20 AM, Deputies from the Humboldt County Sheriff’s Office Special Services Division served a search warrant in the 3000 block of Hill Lane, Hydesville.  The search warrant was for a suspected large scale marijuana operation.  Seized from the property and residence was 428 pounds of dried marijuana, 429 growing marijuana plants, 2 pistols, 3 rifles and one shotgun.  Additionally; $175,211.00 in US currency was seized and a $30,000 tractor along with supporting evidence of marijuana sales.
The primary suspect at the residence was  66 year old Stanislaw Kopiej.  Kopiej is a German born US citizen and was arrested for: cultivation of marijuana, cultivation of marijuana for sale, renting, leasing or making available for use a building, room, space, or enclosure for unlawful manufacture, storage, or distribution of controlled substance, possession of controlled substance while armed with a firearm, and storage of firearms accessible to children.  Stanislaw claimed the marijuana was being grown and possessed in compliance with 215 guidelines.  Based on items of evidence located at the residence and property, this claim was disputed by deputies.  Additionally multiple cash transfers in sums of up to $30,000 were discovered from Stanislaw to a bank in Thailand.  Holds were placed on several accounts belonging to Stanislaw and a bail increase to $400,000 was sought and granted for him. Also arrested at the scene for violation of marijuana cultivation was Ka Sae Chang, a 50 year old female, who was in the United States on a 6 month visitor visa from Thailand, Kia Song, female- 33 years of age, and a 37 year old male, Kor Vang. Both Song and Vang are listed as legal refugees from Thailand.  That refugee status could change if convicted. Cited and released at the scene was the wife of Stanislaw, Nathida Kopiej.  She was cited for the same charges as her husband.
A total of five children lived at the residence, two who were home at the time of the search warrant and three who were in school.  In accordance with the Humboldt County Drug Endangered Children Protocol, the Humboldt County Child Welfare Services were called to the scene to evaluate the need for placing the children in protective custody.  Based on their evaluation the children remained at the residence and the mother was issued a citation rather than arrested.
As the deputies were preparing to leave the residence, Thomas William Morgan (AKA: Taco Nikolov Budnakov) arrived at the scene.  Mr. Morgan is Bulgarian by birth and a naturalized US citizen.  It was determined that he was also involved in suspected marijuana cultivation and sales and a search warrant was prepared for his property near Bridgeville.  Prior to the service of the search warrant, Morgan was booked for cultivation of marijuana and possession of marijuana for sale. That evening a search warrant was served at Morgan’s residence.  Seizures from the Morgan property included 191 pounds of dried marijuana, 60 pounds of processed marijuana, a handgun, evidence of marijuana sales, and $39,570.00 in US currency.
Arrested from the Morgan property, all for cultivation of marijuana, were the following persons:
Shown in the photo below is Stanislaw Kopiej:

Shown in the photo below i Thomas William Morgan (AKA: Taco Nikolov Budnakov):