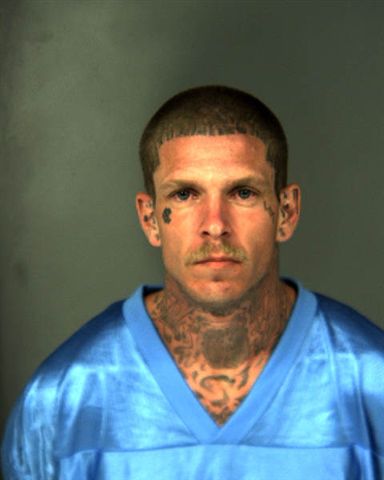 On 12-27-2011, at approximately 9:15 a.m. a Humboldt County Deputy Sheriff was driving north on US 101 near Fernbridge Drive, Loleta when he witnessed a 1994 White Mazda Protégé weaving on the highway. The deputy ran a registration check on the vehicle which revealed the registration was expired. The deputy activated his emergency lights to stop the vehicle for the traffic violations. The vehicle yielded to the deputy after it took the Singley Hill off ramp where it stopped. As the deputy approached the vehicle on foot to make contact with the driver, the vehicle sped off at a high rate of speed. The deputy was able to look at the driver and passenger before they fled. The deputy pursued the vehicle with his lights and siren as the vehicle drove onto Loleta Drive, and into the town of Loleta. The vehicle reached speeds of over 80 mph in a 25 mph zone and ran several stop signs to evade the deputy. The deputy terminated the pursuit in the interest of public safety.

Shortly after the pursuit was terminated the Sheriff’s Office Dispatch Center was notified by a citizen the car was now parked on Park Street, Loleta The deputy located the car and a female walking away from the vehicle. It was the same female who had been in the passenger seat. The driver had fled on foot. The deputy searched the vehicle and found a loaded .44 magnum handgun with the serial numbers removed under the front passenger seat, along with an 8” long double edged dagger and a syringe. The female passenger, Nachel Black, 33 years old of Arcata was arrested for interfering and resisting arrest, along with possession of loaded firearm in a vehicle, possession of firearm with the serial numbers removed and possession of an illegal weapon. She was booked into the Humboldt County Correctional Facility, where her bail is set at $25,000.00. The deputy through his investigation and a tip from Rio Dell Police Department learned the driver of the vehicle was Christopher Glen Mell, 31 who is on active parole.

The Sheriff’s office issued a be-on-the lookout (BOLO) for Mell to all local law enforcement agencies, and contacted his parole agent. Mell is wanted for felony evasion; felon is possession of a loaded handgun, felon in possession of ammunition and carrying a loaded firearm in vehicle.